A lot of anglers will target the mighty perch in the colder months when they are at their fattest. But is it worth targeting perch in the warmer months? Do you even know how to catch perch in the summer months?

Well, perch may generally be at their biggest in the colder months but summer perch fishing can be hugely rewarding.

In the colder months perch tend to shoal up together making it considerably harder to find them. Whereas in the summer months they tend to spread out a fair bit. This can make it easier to track them down and put more on the bank, especially if you take a roving approach.

There are certainly pros and cons to summer perch fishing and hopefully, this article will shed some light on the subject for you.

What Is The Best Bait To Target Summer Perch?

When it comes to bait there are certainly plenty to choose from. Perch are usually greedy buggers when they want to be and will smash most things that move. Having said that some days they just switch off, which can be very frustrating for the angler. On these days you may need to change around your baits a bit to tempt them into biting.

Even the smallest of things like slowing a retrieve when lure fishing or using half a worm instead of a whole one could make a difference. Below is a list of my favourite baits for catching those awesome summer perch.

When winter fishing for perch, lures are most people’s favourite bait to try. But catching perch in the summer on lures can be just as good. There are so many lures out there nowadays it is hard to keep up with them all.

To me though the drop shot method is the way to go. This is a finesse way of targeting the stripeys that can be hugely rewarding. If you are lucky enough to find a shoal of them it is more than likely you can pluck them off one by one. It really is a method that is hard to beat if you like catching numbers of fish.

A lot of people think drop-shotting is for small perch only. Yeah, you will catch a lot of small ones but every now and again that ‘special’ perch will come along and take that bait.

Summer perch fishing wouldn’t be the same without the trusty worm. Brandlings, dendrobenas, and lobworms are favoured by most. Lobworms are my personal favourite. I personally like to use half a lob on a size 10 hook. I just think the blood coming out of the worm gives the perch that extra something to home in on.

Just be sure to strike early on every bite. Perch are notorious for gulping baits down really quickly. For this reason, you can end up with hooks down in their gut, which really isn’t a nice experience. I quite often use barbless hooks to make it easier in these situations.

To stop the worm wriggling off I also put a small plastic imitation maggot on the hook, this technique works well for me.

Don’t get me wrong, all colours of maggots will catch perch in the summer. It just seems perch always seem to favour the red ones for some reason. I don’t think the colour affects the taste so it literally must be the colour that attracts them.

Ask any perch angler what colour maggots are best, I’d be surprised if they don’t say red. You could also try flavouring your maggots to give you the upper hand on the day.

This method isn’t favoured by all perch anglers, but it really can be a deadly method for perch. I don’t tend to live bait anymore, but when I did I would just lip hook a small gudgeon or a minnow on a small float setup. This method can really sort the bigger fish out from the smaller ones.

But as I mentioned earlier, strike early to avoid deep hooking the fish.

Lure fishing in the summer can provide some fast and frantic sport. The perch are full of energy and can really smash into your lures. The retrieve doesn’t have to be that slow for this reason.

All types of float fishing can get the perch going in the summer. I like to use a stick float and trot it down a river. This can be great fun with double red maggots.

I prefer the swim feeder on big still waters, so I can get my bait out further. The good thing about the swim feeder is that you are baiting up your swim with every cast exactly where you want it. Swimfeeding is also productive on all other types of water.

Ledgering is another good way of getting your bait out a bit further. I especially like using a ledger weight when I’m fishing a river with a bit of flow. The weights tend to hold your bait in one spot better than a swim feeder will.

What Is The Best Time Of Day For Perch?

As a general rule, the best time for fishing for perch in the summer is early morning and late evening. They really don’t like the heat of the day. Obviously, perch don’t always adhere to these rules, but generally when it’s a bit cooler is when they start feeding.

Overcast days can sometimes entice a few bites. This makes it harder for them to see silhouettes and objects that can spook them.

How Big Do Perch Get?

I believe at the time of writing the UK record perch is 6lb 4oz. For a perch that is an absolute beast of a fish. Depending on where you fish really determines what size is a good fish.

But generally speaking any perch over 1lb is a nice size fish in my eyes. When perch get big they tend not to shoal up so much which makes them a bit harder to find. The smaller perch hang about in big numbers which makes the smaller ones more common to catch.

Will Perch Feed Off The Bottom In Summer?

Perch will most definitely feed off the bottom in the summer and is my ‘go-to’ depth to fish for them. That being said they will also feed near the top, mid-water, and just off the bottom. It really does depend on the day as to what they want.

Water temperature, weather conditions, time of day, and the venue can all be major factors in where the perch will be. One thing about perch is that they like to keep you on your toes.

Where Do Perch Hang Out?

As I’ve mentioned before, perch love structure. Yeah, you can catch perch in open water, but I find if you do want one of the big girls’ then head for some structure. These fish tend to be a bit wiser and know they are safer in or near some form of structure.

Do Perch Feed After Dark In The Summer?

One of the best times for catching perch in the summer is late evening. I find personally, that for a couple of hours after dark can produce the odd good fish. They definitely tend to slow down when it gets dark but there is always a few lurking in the darkness.

Just keep a torch with you for those summer evening sessions just in case.

Will I Catch Big Perch In The Summer?

Perch are not at their biggest in the summer months but that is not to say you can’t catch a big one. If you are chasing a monster then mid-winter to early spring is your best time to go for them when they get themselves fattened up.

You can pretty much guarantee any perch you catch in the summer will weigh a lot more in the colder months. To me, size isn’t everything, and learning how to catch perch in the summer can be extremely enjoyable.

Without a doubt, the best way of mastering how to catch a perch in the summer is to get out there and try. Hopefully, this article has given you a few ideas on how to target them. Even if you don’t have much success, to begin with, do not give up. Learn by your mistakes and implement what you learn in your next session. 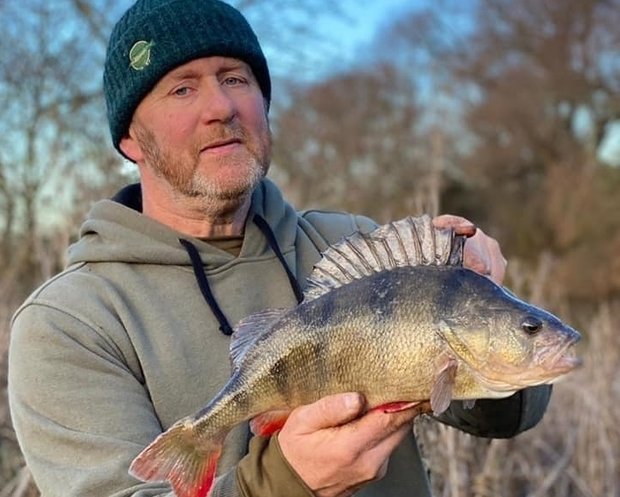